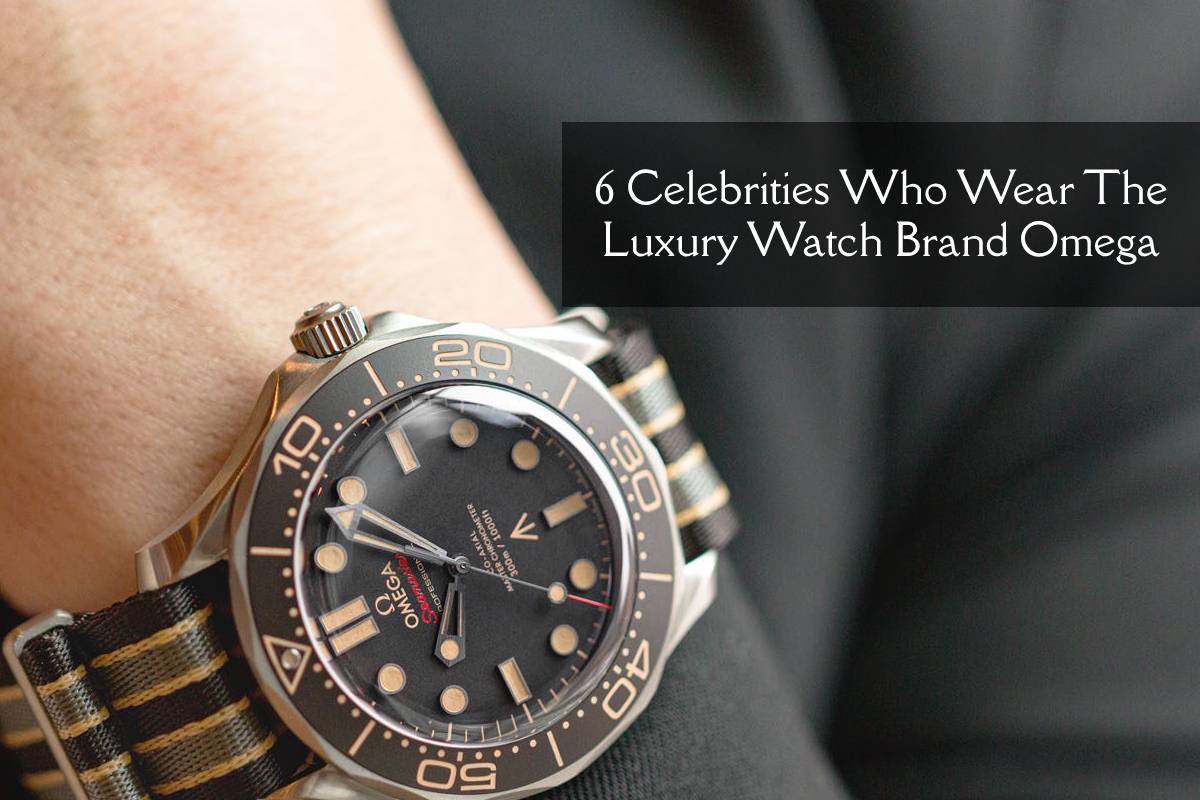 Omega is an internationally known luxury watch brand that has been around since 1848. The 173-year-old brand started in Switzerland in the small village of La Chaux-de-Fonds by a man named Louis Brandt. Brandt’s crafted watches were known to be accurate and of high quality. The brand became famous in Switzerland then built its name in Europe and then eventually in the world. Today, Omega watches have a reputation for classy designs, preciseness, and their awesome collections.

Also You can find more helpful resources at https://www.allmarketingtips.com

As a luxury brand, Omega has caught the attention of many people- especially celebrities and famous stars. Omega Collections have been given countlessly as birthday gifts and holiday presents. Their collections were worn by superstars off-screen and on-screen, increasing the popularity of Omega. Here are some of the famous people who wore Omega watches.

Daniel Craig, the actor of the well-known James Bond, has worn Omega Seamaster watches on several occasions. He wore the Omega Seamaster Planet Ocean 600m Co-Axial chronometer for Casino Royale and according to him, it never leaves his closet because he does not want to lose it. The Seamaster Collection watches are known for their blue, black, and silver colors, which Craig loves. The famous fictional character, James Bond, a.k.a Agent 007, also wore Omega watches. To be specific, he wore watches from the Omega Seamaster Professional and Omega Planet Ocean collections. Omega has been the official watch of James Bond since 1995. Omega created an exclusive watch for James Bond in the movie, No Time to Die. Craig also partnered with Omega to create the Seamaster 300m 007 edition. His adoration for the brand is beyond business and money talks. In an interview, he said, “The watch is elegant. I’m not sure if I would call myself elegant. But I would like to think that some of OMEGA’s elegance has rubbed off on me.”

Famous underwater explorer, a French oceanographer, diver, inventor, and filmmaker Jacques Cousteau is a known watch enthusiast. He contributed to the making of the Omega Seamaster Plongeuer Professionnel. The Seamaster suits his lifestyle very well because it holds the title as the ultimate diver’s watch and is worn by many divers and swimmers because of its up to 1200 meters water resistance feature, co-axial movement feature, and helium release valve. Cousteau also collaborated with Omega and COMEX, a deep-sea diving company from France, to develop the Seamaster 1000m and Ploprof 600. The flawless and functional design of the Omega Seamaster watches are partially thanks to Cousteau and his passion to improve the watch technology for divers.

Ryan Reynolds has probably a household name in this day and age because of his famous characters and charming personality. His notable works include Deadpool, Detective Pikachu, and Free Guy. Although Reynolds is an ambassador for Panerai, he has been spotted wearing watches from other brands on several occasions. The Omega Speedmaster Dark Side of the Moon, named after a tribute to the Apollo 8 mission, is one of the watches he wore.

If royalty has worn your product, you know you have succeeded. Accordingly, Prince William often wears the Omega Seamaster 300m as his everyday watch. His late mother, Princess Diana, allegedly gave him this watch which may be the reason he is very fond of it. From family ski trips to his wedding to Kate Middleton in 2011, the prince has worn this watch.

The first woman who dove to the deepest part of the ocean wore not just one Omega watch but two! Kathy Sullivan dove to the Challenger Deep, a 35, 810 feet trench, wearing an Omega Seamaster Planet Ocean 600m and an Omega Speedmaster Skywalker X-33. Sullivan was also the first female American NASA astronaut to walk in space. During the space mission, it was said that she wore a watch from the Omega Speedmaster collection. After her trip to space, Omega created the Skywalker X-33 which had both digital and analog clocks. They also added features that astronauts would need and because of this, the European Space Agency certified this model.

The 1980s fashion icon and original supermodel, Cindy Crawford, is a big fan of Omega watches and the brand itself. She has been their brand ambassador for more than 20 years. She even jokes that she has been with Omega longer than she has been married. Cindy Crawford wears watches from different Omega Collections but she especially loves the Omega Constellation Collection. She has contributed to the design of some of the watches which is probably why the collection is close to her heart. Her relationship with Omega is beyond business and according to her, she counts Omega as family. Kaia and Presley Gerber, her children, influenced by their mother’s love and passion for the brand, joined the Omega family as well.

Sports enthusiast or not, you’ve probably heard the name of Micheal Phelps. He is an American swimmer dubbed as the most successful Olympian. Throughout his career, he has won 28 Olympic medals and broke several records. Phelps treasures his Omega Seamaster Planet Ocean 600m Master Chronometer Chronograph and wears the Omega Seamaster Planet Ocean 600m Co-axial Chronograph to his games. Like Ryan Reynolds, he is also fond of the Speedmaster Dark Side of the Moon.

Omega has grown to be one of the most recognizable brands in the world. It has built its name on good quality, excellent service, and great customers. Having an Omega watch might not make you as famous as the people above, but you might be able to have first-hand experience of why they choose this brand. If you know anyone who’s a fan of these famous stars, getting them a watch their idol loves might be the perfect gift for them. If you are a fan yourself, you know what to put on your wishlist!

How to Start a Successful E-Commerce Store in...

Why Is Shopping Online So Popular?

8 Reasons Product Packaging Is Crucial For Your...